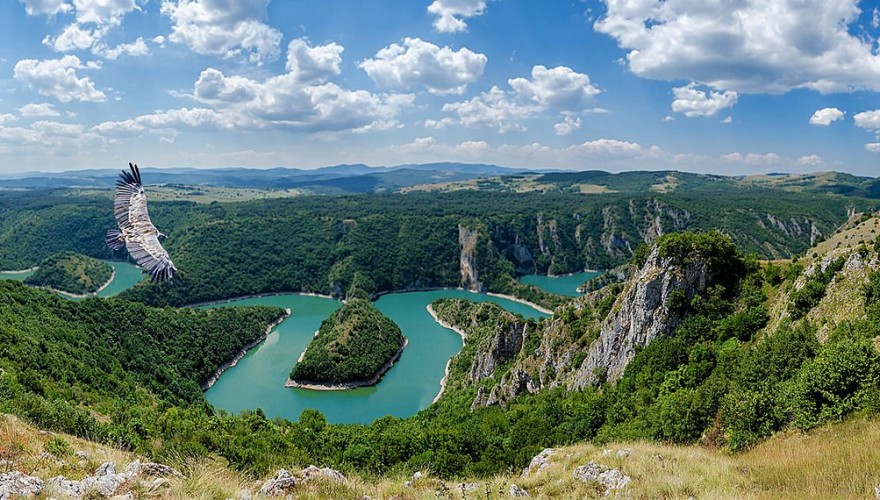 Nature reserve Uvac – “The Kingdom of the Griffon Vulture”

One of the greatest natural treasures of Serbia is the Special Nature Reserve “Uvac”. This area is of great importance, as it belongs in the first category of natural resources, and it is located in the southwest Serbia in the area of Stari Vlah – Raška mountain range. It is surrounded by mountains Zlatar, Murtenica, Čemernica, Javor and Jadovnik, and covers the area of 7543 hectares. The elevation of the lowest point of the reserve is 760 m, and the highest point is 1322 m, what makes the reserve a unique air spa. The central morphology of the reserve is the canyon valley of the river Uvac together with the valleys of its tributaries. The waters of the river Uvac are surrounded by the canyon valley with tall, steep limestone cliffs. The River Uvac is the longest tributary of the river Lim, and its source is at the altitude of 560 m. The length of the river Uvac is about 120 km. As Uvac is a mountain river, its hydroelectric potential is exploited after the construction of three dams, and therefore three artificial lakes as well. These are Zlatarsko Lake or Kokin Brod, Sjeničko Lake or Uvačko Lake and Radoinjsko Lake.

The special value of the valley are specific entrenched meanders. These meanders became a trademark of the river Uvac and their images pretend to become a symbol of the natural resources of Serbia. Many different karts formations can be found in this region: karst surface, bays, karst sinkholes, rock shelters, caves and pits. There is a large number of caves and they vary in size, from rock shelters to one of the biggest cave systems known so far in Serbia: the cave system called Ušački, 6185 m long. This cave was not discovered until recently and there is a great place for camping at its exit. There are other caves worth mentioning like: Tubića cave, the cave Durulja, Baždarska cave… All of these caves are characterized by abundant cave decorations, deposited by dripping water, such as stalactites, stalagmites, columns, draperies and icicles. 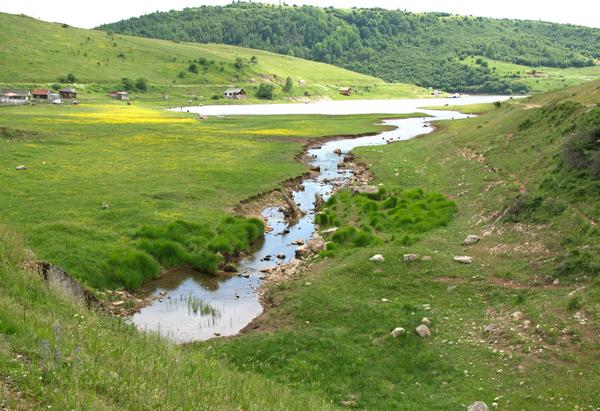 The area of the natural reserve “Uvac” is widely knownfor its rich fauna, especially for the huge bird habitat which counts more about 130 bird species. One of the most important is the Griffon Vulture (Lat. Gyps fulvus) which represents one of the two remaining vulture species that nest on the territory of Serbia. Its role in the food chain within the ecosystem is unique and irreplaceable, because it feeds only on dead animals, therefore preventing the spread of infections and also performing “the natural recycling”. This bird was protected by law in 1994, and so this unique bird’s colony has become the largest one on the Balkans and one of the largest in Europe. It should be noted that, in previous years, another two species of eagle vulture, that once inhabited this area, have returned. These are the cinereous vulture and the Egyptian or white scavenger vulture. This area is also the habitat of the white-tailed eagle, the golden eagle, the common buzzard, short-toed snake eagle, as well as many other species of hawks and owls, and other birds. 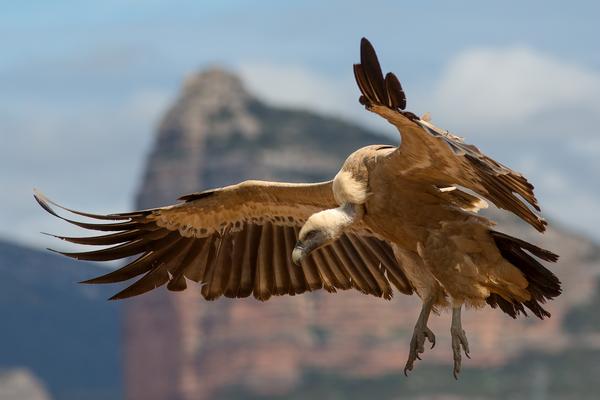 Also, this area is important because other rare and endangered species of mammals and other fauna live here, such as wolfs, bears, wild boars, foxes, rabbits, badgers and martens. Another natural resource of the canyon reserve are clean waters, the habitat of 24 fish species, and also the place of natural fish breeding for the species such as Danube salmon, brown trout, lake trout, brook trout, pikeperch, chub, common nase and Danube barbel. The diversity of intact habitats, existence of endemic, relict and endangered plant and animal species are especially important for the preservation of the biodiversity and geodiversity, and therefore for the development and the promotion of the touristic potential of the reserve, and also of the whole Zlatar area. The care of the Special Nature Reserve “Uvac” is entrusted to the Birds of Prey Protection Fund “Griffon Vulture”, based in Nova Varoš.

The nature that takes you away from the present time, endless views and a silence full of secrets will make you fall in love with the heaven on Earth. The Reserve also offers a great variety of activities, such as fishing, cycling, hiking and camping 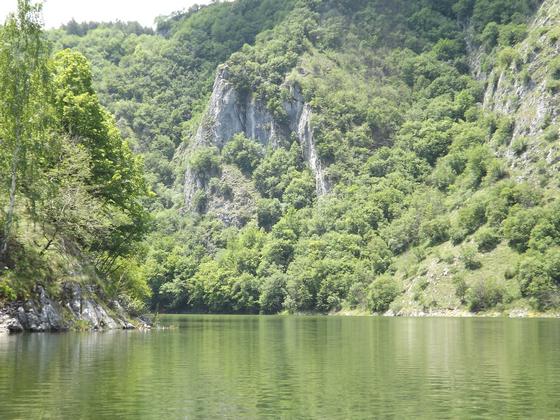 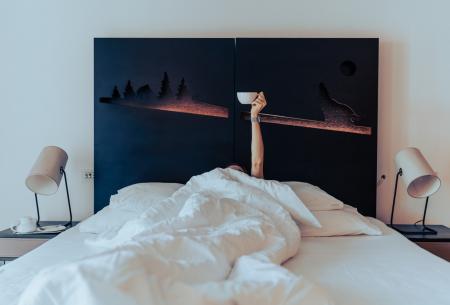 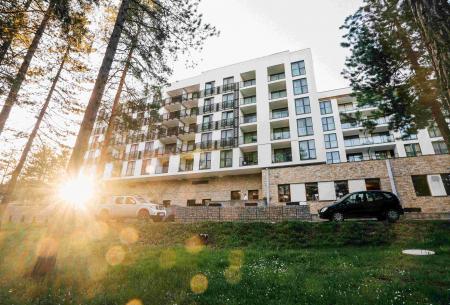 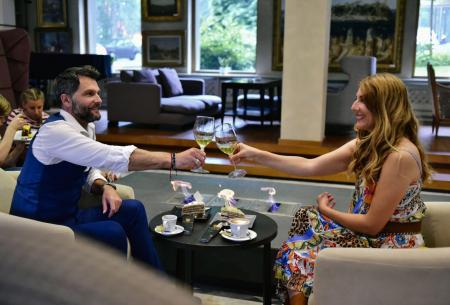 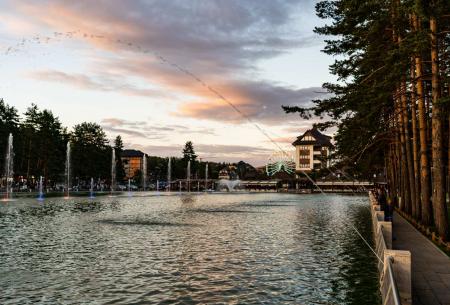 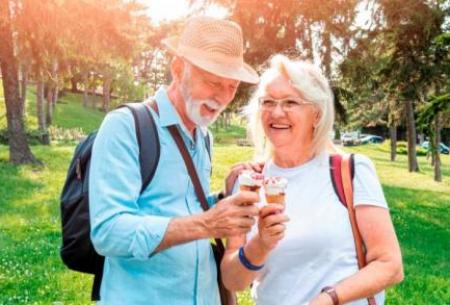